February 12, 2018 in the press center "Most" in the Dnipro city held a press conference where the team leader Vadyum Manyuk briefed the media about the aims and objectives of the "Botanical excursions to Rybalsky quarry and nearest geosites for rural youth". Unexpectedly for the speaker himself journalists of regional media revealed considerable interest in the themes and objectives of the project. It later confirmed by publications and reposts that informed people in the region about the new environmental and educational initiatives that will be carried out by a group "For the support of the regional landscape park "Dniprovi Porogi" within the Ukrainian stage of international competition "The Quarry Life Award" during the spring-summer season 2018. You can find out more about the announcement of our journalist's project, for example, here: http://dniprograd.org/2018/02/12/uchniv-silskikh-shkil-zaproshuyut-na-doslidnitski-ekskursii-do-ribalskogo-kareru_64943 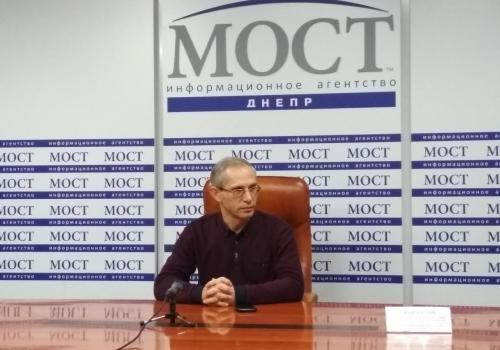