Quarry Life Award in your region?

To draw attention to the fast decline of the starling, it was selected as bird of the year 2018.
Therefore, the children of the primary school Triefenstein wanted to know more about the starling as well as the meadow orchards, which feature an important habitat.
Meadow orchards are meadows with several free standing fruit trees.
A tall growth habit and a big crown provide a variety of habitats- like tree hollows for starlings. Mrs. Kempf brought these facts to the kids on june the 13st during a visit from a meadow orchard next to an active quarry from HeidelbergCement.
As a highlight, the kids themselves became a male starling: Whoever wanted got a starling in his breeding dress painted on their faces by Mrs. Kempf! To get to know the behaviour of these birds, the kids were divided into blackbirds and starlings. Both birds are often mixed up. Nevertheless, you can differ them by their walking style: blackbirds bounce – starlings walk. With this knowledge, both groups had a race in their particular walking style.
Next up every kid had to try to pick up nuts with their feed like a starling. Last, the school kids had the opportunity to explore the meadow for insects and plants with a cup magnifier.
In that way, three hours went by in no time on the meadow orchard from HeidelbergCement. Nevertheless, this combination of the meadow orchard and the active quarry supports biodiversity. 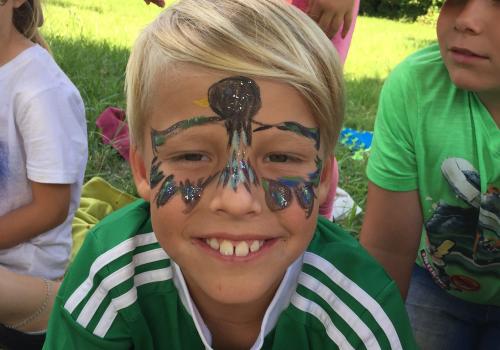 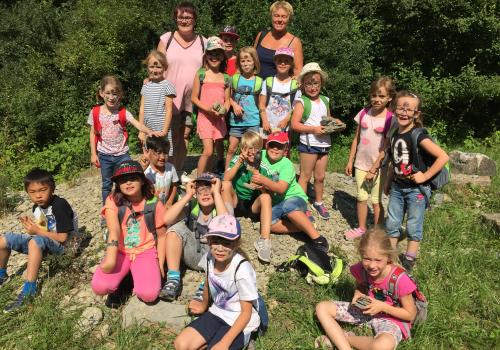 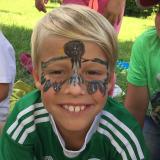 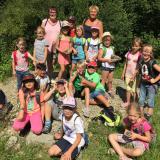