The differences are not significant from an ecological point of view. For example: species as bryophyte, night butterflies, spiders, centipedes, reptiles, large mammals and bats are distributed evenly between the quarry and the surroundings. In terms of abundance we can say that this variable is linked to the habitat diversity, the quarry site being an active one, has a limited number of habitats: grasslands, wooden patches and rocky areas, therefore the abundance of individuals form each identified species is lower then the one form the natural habitats. All the bat species which are inhabiting the caves from the quarry wall and other caves near the quarry site where found during night time in feeding activity above the quarry site. The open space characteristic of the quarry being a advantage for the bats facilitating their hunting activities, acting as a “fast food”.This conclusions must be taken as preliminary due to the mobility of fauna species. The fact that this species coexist with an long term industrial activity is what we believe to be an important finding. Even elusive species as the Lynx lynx or Canis lupus have been observed in and around the quarry site, observations based on tracking. Most of the identified species (birds, mammals, reptiles, invertebrates) are using the quarry site for different purposes such as: nesting for small birds (Oenanthe oenanthe), feeding ground for raptor, feeding ground and shelter for bats and other small mammals. 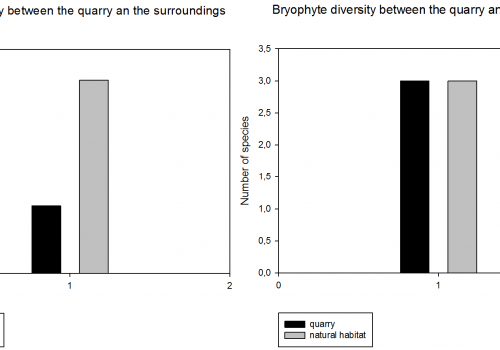 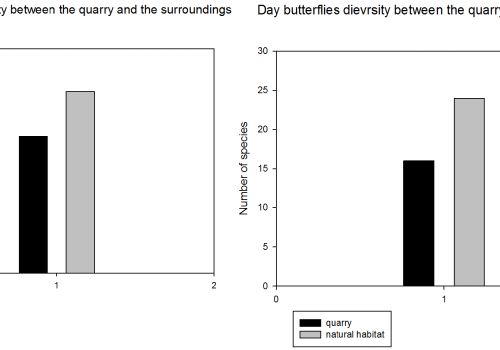 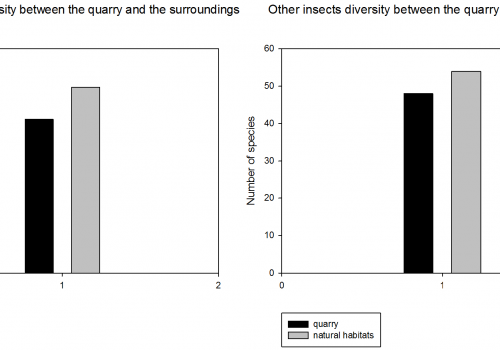 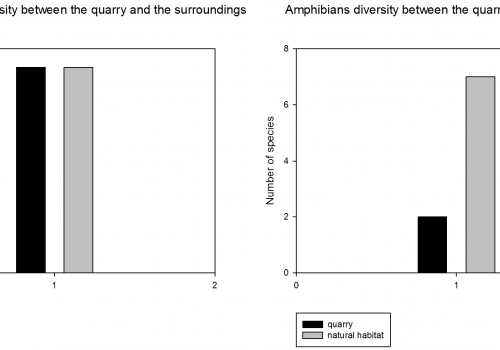 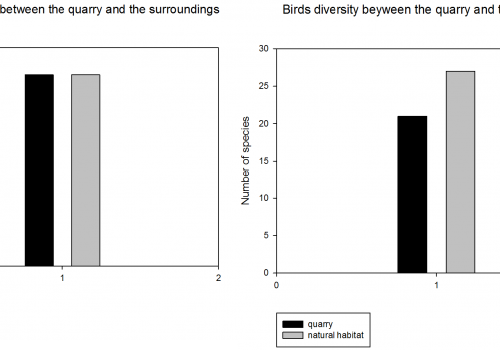 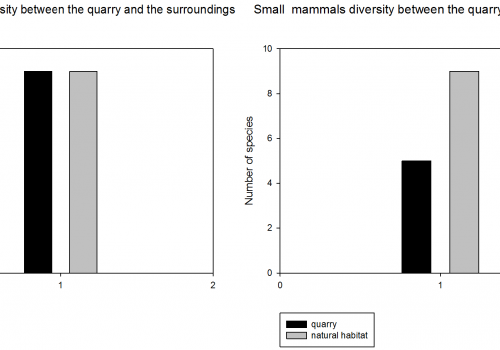 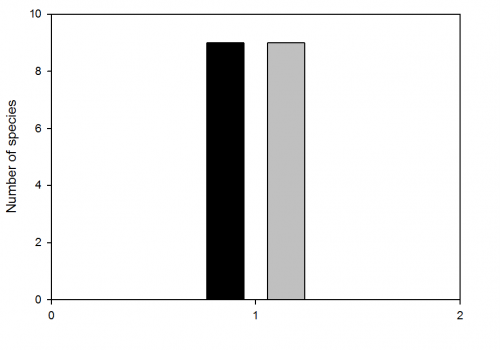 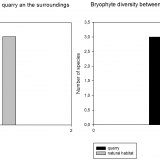 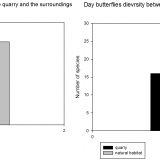 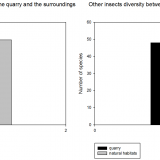 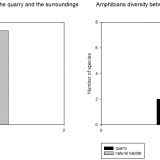 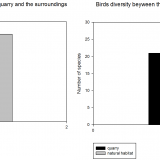 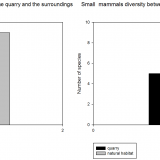 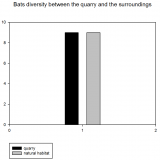