Prior to installing the boxes onto their respective posts on the stand, data loggers, temperature sensors, and bat counters were mounted onto each box. Each box contained: two data loggers on the inside, two temperature sensors: one on the inside and one on the outside, and a bat counter on either end of the landing pad. Unfortunately, we were unable to install occupancy counters on the small multi-chambers as it would have restricted space on the landing pad, which could possibly deter bats. In place of the occupancy counters, the small multi-chambers have traps to collect guano, which can then be collected and genetically-tested for species presence. Now that placements have been completed, we wait until our next trip to the quarry site to extract the data collected from the boxes. Stay tuned for further blog updates, and the publication of our final report at the end of September! 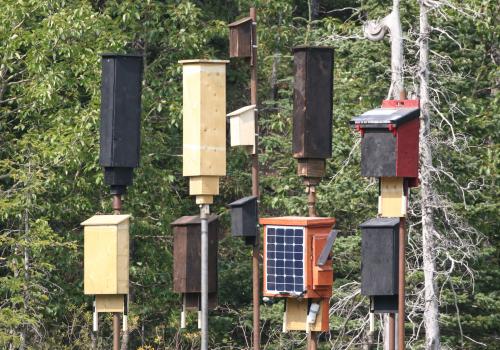 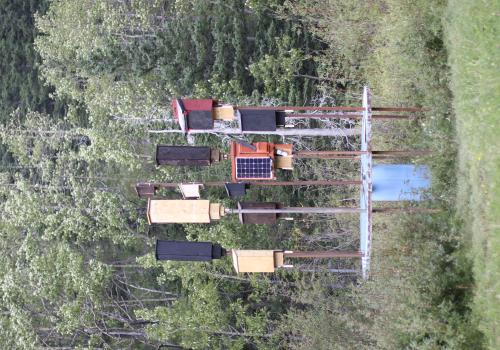 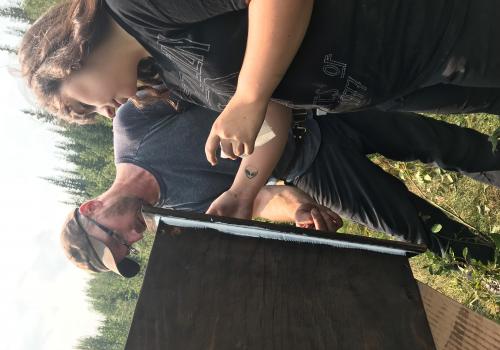 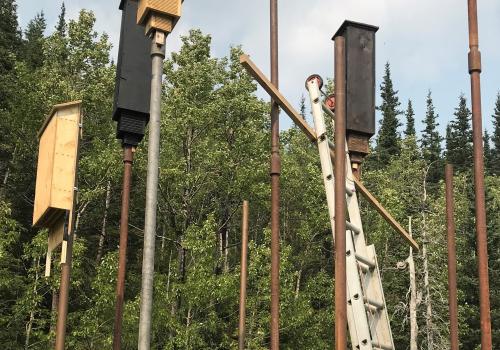 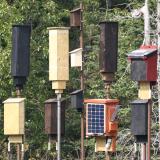 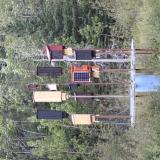 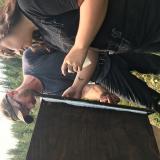 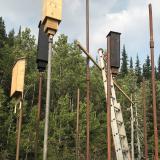