On that sunny day we observed the first sand lizards (Lacerta agilis argus) of the season. We encountered adults of both sexes and juveniles that hatched last year. We also found a male of "erythronotus" variety which is characterized by the back being uniformly ginger. His tail looked regrown after autotomy - namely detachment of tail undertaken in self-defense either toward predators or other males in a combat situation. Detached tail wriggles thus attracts attention of an assailant which often allows the tailless lizard to escape. The same antipredator adaptation is present in other Polish lizards such as the viviparous lizard (Zootoca vivipara) and the slow worm (Anguis fragilis) which are present either in the studied area or in adjacent places. 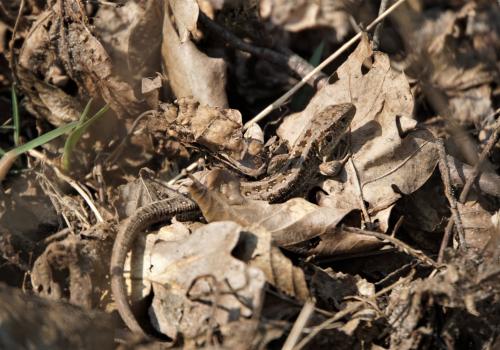 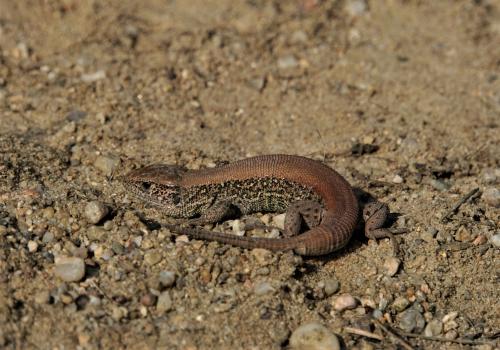 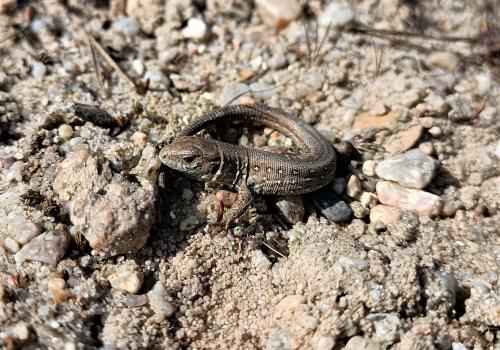 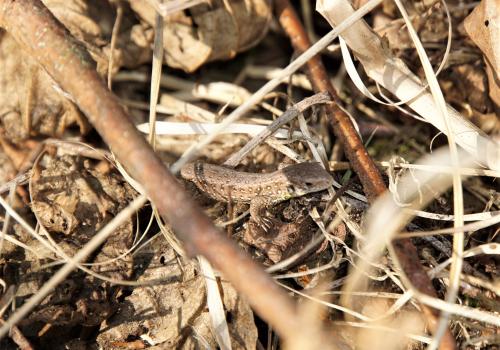 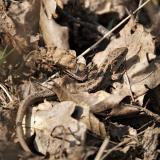 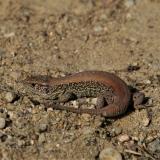 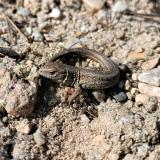 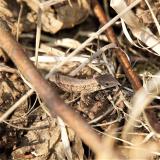