In the Western Quarry, situated close to the town of Slite, Cementa mines a clayey limestone called marlstone. Mining goes from a few meters above sea level down to -26 m.a.s.l. at bench 1 and -48 m.a.s.l. at bench 2. In the end of October 2011 the mining was finished at bench 2. The deepest part of the Quarry will then be filled with water and the currently ongoing pumping of penetrating water will stop. This will create a small but deep quarry lake. A small creek, Spillingsån, crosses the area partly as a channel. In late 2013 the Spillingsån was moved to a new location along the western border of Cementa’s property. The total area of the quarry is about 89 ha.

Until 2021 Cementa will mine pure limestone in the File Hajdar Quarry. Approximately 1.5 Mton a year of limestone will be extracted from 60 m.a.s.l to 20 m.a.s.l. Later on, the mining will continue with marlstone down to 5 m.a.s.l. The total mining area is about 78 ha and will remain so until 2021. Thereafter the mining area is planned to expand.

The habitat close to the Western Quarry consists of poor pine forest and calcareous grassland on a clayey till. Close to lake Bogeviken, in the southern part, the habitat is more wet with calcareous fens rich in Orchids.

The File Hajdar limestone plateau is generally dry with open pine and juniper forest rich in lichen and moss communities. In the western parts the Pulsatilla patens grows abundantly. Over the whole area you can also find seasonally fens (“vätar”) with specific floras and faunas.

The aim of the project is to investigate the possibilities of establishing and increasing the number of Pulsatilla patens (Pasqueflower) in other suitable areas, and to find a solution for co-existence of quarrying activities and sustainable management of P.patens on Gotland.

The main targets of the restoration concepts are:

- to restore habitats which are useable for the important plants and habitats of the Natura 2000 sites in the region of File Hajdar. Special consideration will be given to the P. patens.

- to develop the biodiversity as much as possible.

- to restore the important habitats of the surrounding area.

Socio-economical projects
- The Slite cement plant arranges plant visits every summer.
- Information meetings with neighbors where information is given regarding our mining areas and future mining plans in addition to other operational activities at the plant site.
- Cementa takes part in a local water council whose mission is to increase the water status in the area. 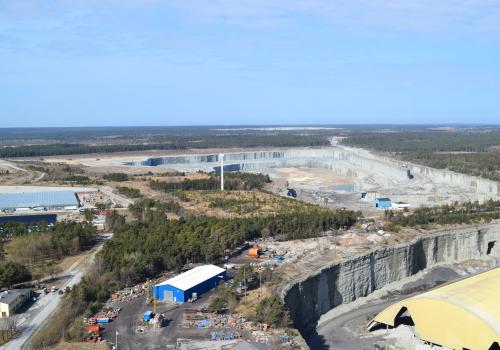 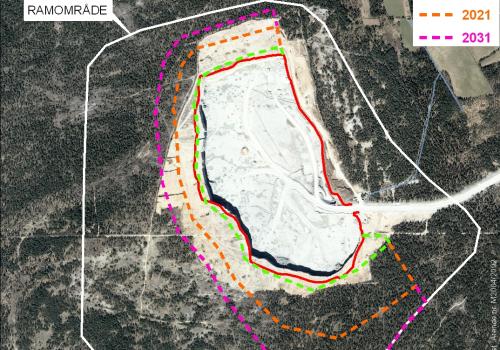 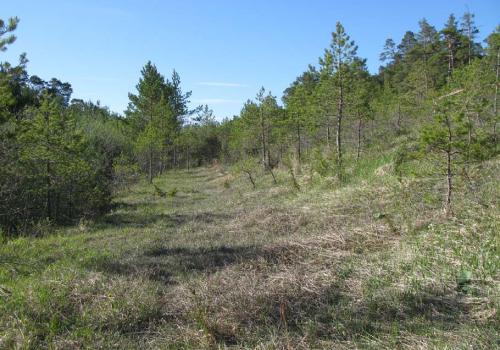 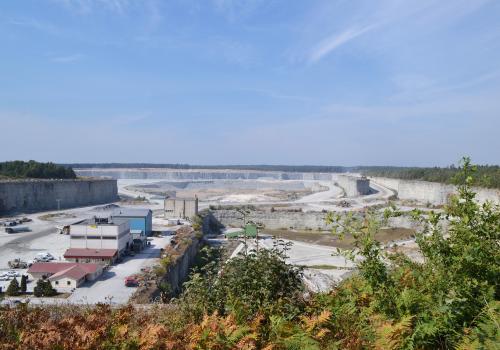 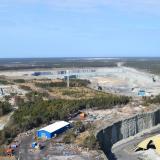 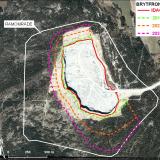 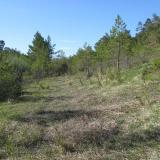 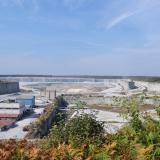 How to make wild bees thrive in areas affected by quarrying.

Pollinators are estimated to pollinate an astonishing 80% of all plants on earth, including 30% of all crops grown (Schowalter 2016). Bumblebees and solitary bees, collectively known as wild bees, are one of the most important group of pollinators on earth. Unfortunately wild bee populations are decreasing all over the world, mainly due to the loss of natural habitats, pesticides and competition from domesticated honeybees. About a third of the 285 species of bees living in Sweden are today classified as nationally endangered, with some species just on the brink of extinction. To halt and ultimately reverse the decline, new habitats are needed (EU 2014). Since it has already been shown that... View full project 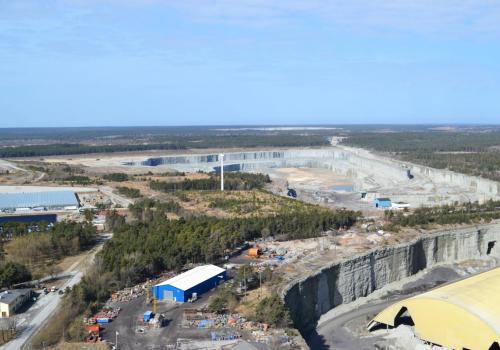 The Western Quarry in Slite is a grand setting. The quarry has almost reached its endpoint and it is time to decide how to design the edges. There are big nature values in this site that today are inaccessible to tourists and the inhabitants of Slite. An ongoing project to create a pond where fish can play is established by Cementa in collaboration with the local fishing club and the wetlands are full of birds and rare species. These are values that are hard to reach today. We as landscape architects see a great possibility and challenge in making this site accessible while at the same time strengthen the biodiversity. These are our two parallel main focuses. 1 - preserving and... View full project 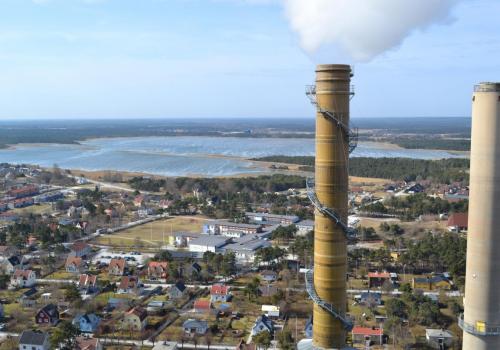 The Potential Need for a Changed Water Regime

(This project was never carried out) Bogeviken is a bay in Slite, on gotland which have limited connection to the ocean and few rivers and streams supplying freshwater. The bay is of national interest for nature conservation and recreation and is located adjacent to several Natura2000 areas. It is protected under the Shoreline Protection Act and a Marine Protected Area is planned for the archipelago to which Bogeviken drains. Two of the main supplying rivers, Spillingsan and Aneran are connected to Heidelbergs limestone quarries and the site is heavily affected by the mining activities in Western quarry and File hajdar. Modifications of the two streams made by Cementa AB, has caused... View full project